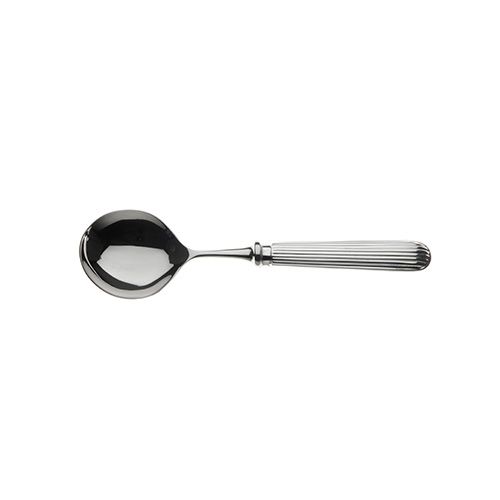 In April 1912, A. Price & Co. Ltd, as Arthur Price was then known, was based in a small factory at Conybere Street, Birmingham. Arthur Price and his employees were celebrating the business' 10th anniversary with a recent commission to supply their premium quality cutlery for use on board the world's newest and most opulent ocean liner, RMS Titanic.

To commemorate the 100th anniversary of Titanic's fateful maiden voyage, Arthur Price of England has recreated the Panel Reed cutlery that was used in the First Class accommodation. Each knife features the ship owner, White Star Line's famous logo on its blade just as they were originally.

Over the years, the interest and intrigue that surrounds the Titanic has not diminished. As the largest passenger liner of its day, built at the Harland and Wolff shipyard in Belfast, there remains an eternal fascination around the tragic story. This was in part fuelled by the long awaited discovery of the ship's wreck which was finally located on 1st September 1985 and the subsequent expeditions to recover artefacts from 2.5 miles below the surface of the ocean.

Commander Paul-Henri Nargeolet, a co-leader during five separate expeditions to research the Titanic wreck site, was fortunate enough to witness the retrieval of some of Arthur Price's cutlery from the bed of the Atlantic.

Simon Price explains: "The tale of the Titanic has remained in my family for generations. It's an honour for me to be able to commemorate this historic anniversary and make a tribute to the memory of all those that lost their lives in one of deadliest peacetime maritime disasters. My Great Grandfather built this company on his belief in fine British craftsmanship and uncompromising quality, something we still stand by today. I know he would have been proud of the Panel Reed pieces that we've produced. All the items in the centenary collection will be supplied with a personally signed certificate of authentication, so I hope you'll be happy using this wonderful cutlery. It was Arthur Price's resolve to produce only the very best that guaranteed the selection of his cutlery for use on the finest areas onboard the ship and although these commemorative pieces are essential items for all Titanic collectors, they are also built for use everyday and to stand the test of time."
More from this range More from this brand
Delivery

Please Note: For all Arthur Price of England orders (marked as special order), please allow up to 10 working days for delivery

Please note: Stoneware, glass and electrical items can only be delivered to UK addresses (including UK Offshore).

For more information, and details of delivery options outside of the UK Mainland (including UK offshore), please view our Delivery Info page.

For peace of mind this Christmas we are relaxing our returns policy. Any purchases made before Christmas can be returned for exchange or refund up to the end of January 2022. All we ask is that items are unused and in the original packaging. A return postage fee will apply, but we'll do the rest.

Although we hope your order arrives in perfect condition and you love your items we realise that sometimes things go wrong. Our quick and simple returns policy is at the link below and we will do our best to help make the process as easy as possible. Please also remember that you can contact us via email or phone - where you will be speaking to a member of our customer service team based in our North Dorset shop.